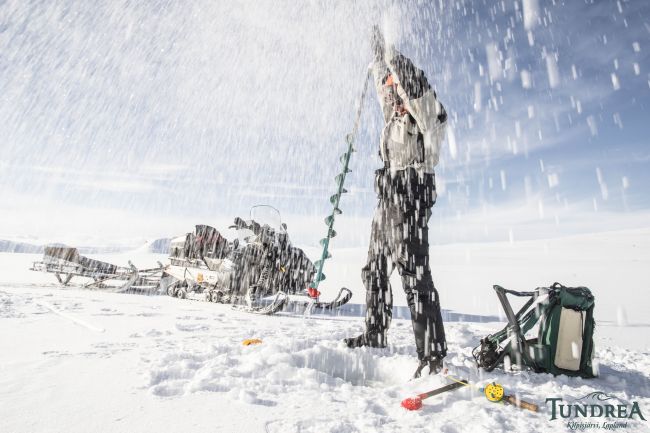 Many of the fell lakes in the northwest region of Finland are home to Arctic char. The nearest fishing waters for Arctic char are the Kilpisjärvi and Saanajärvi lakes. In Kilpisjärvi, you can also find grayling, like in almost every lake in the region, including Ailakkajärvi. In the fell lakes, it is not uncommon to catch a grayling that weighs more than 1kg (2.2 lbs). Poroeno, Rommaeno, Valtijoki and Lätäseno are good rivers for catching brown trout and grayling. In recent years Lätäseno has seen increased numbers of salmon.

You can start fishing in the summer as soon as the lakes have thawed, usually around mid-June or the beginning of July, depending on the specific lake. In Kilpisjärvi lake you can catch fairly large Arctic char, which can weigh up to several kilograms, just by fishing from the lake’s shore, once the ice has started to thaw in the fell streams around Midsummer-time.

In the upper fells, the best part of the fishing season usually starts at the beginning of July, when the graylings and whitefish are active and feeding at the lake’s surface. Although the rivers in the upper fells usually close for fishing from September, you can still be successful in catching Arctic char until the end of September.

It is possible to go sea fishing throughout the year, thanks to Kilpisjärvi’s proximity to the Arctic Ocean. The ocean is only 50km (30 miles) away from Kilpisjärvi. You can catch cod, pollock, red perch, catfish and sea trout just by fishing from the shore of the ocean. The seasons for catching sea trout are from March to June and from September to November. Fishing guides can tell you the best locations for catching sea trout. If you want to catch halibut, in addition to needing your guide’s local knowledge, you will need to go out to sea by boat. 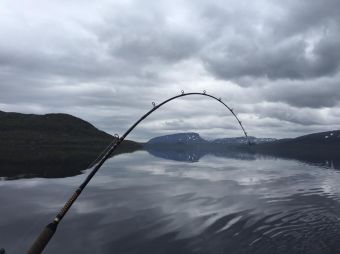